On May 1st, 1991, Nolan Ryan pitched his seventh career no-hitter and Rickey Henderson broke Lou Brock's record for stolen bases the same evening. I was ecstatic in a way only baseball makes me.
My son, then a towheaded seven year old who, to this day, is fascinated with statistics, whether they concern the height of mountains on Mars or the earned run average of the entire Red Sox pitching staff, asked me what the big deal was after listening to me extol the virtues of both feats that May Day. It was then that I decided to honor his month old request to buy a baseball glove. Then he could find out for himself. The next evening he, his mother (who lived across town and grew up in a Cape Cod household where the Red Sox were the only baseball team there was), and I, embarked on a mission. With twenty dollars he'd been given for his birthday, my son bought a fielder's mitt inscribed with Cal Ripken Jr.'s signature. The next day he played catch with his mom's male friend at the time (a Reds fan) and he began to understand. He told me on the telephone of all the catches he had made and how the ball hit his nose only once. Mom, he said, even played.

Sports in America, my angry young friends tell me, are just an extension of the corporate system of greed. How can you be interested in them, they ask. I don't know how to answer their charges directly, so instead, I ask if they've ever seen a magnificently executed catch. One where an outfielder pulls the ball from its sure path over the fence, slamming his body against the centerfield wall, falling to the ground from the shock of the impact, and rising triumphantly with the ball in his glove. Or, even better, I query, have you ever made a catch that seemed equally magnificent yourself? Of course, it's not really as spectacular to an onlooker, but to you it's like you're Willie Mays in the first game of the 1954 World Series. They look at me as if I am crazy. Of course, I am -- a little.

There is no magic left in the world, say their expressions. And if there is, it surely isn't in some stupid game.

A week later my son brought his glove and ball to my house on the other side of town. The day before I had purchased a well-worn mitt from Salvation Army just for such an occasion. After a couple of wild throws from his end of the yard, and one well aimed toss from mine (which he failed to catch, anyway), I tossed the ball gently towards his glove once again. The expression of doubt across his face changed to one of joy and surprise as his glove wrapped itself tightly around the ball.

It wasn't Willie Mays, but it could have been. At that moment, I knew the genuine power of the game. It wasn't on the TV, in the papers, or even in organized Little League. It was in a game of catch in the backyard.
Posted by jron at 5:14 PM No comments:

Washington Chooses Its Battles
Posted by jron at 8:39 AM No comments:

Ron Jacobs: Ken Babbs Shoots Straight
Posted by jron at 8:04 AM No comments: 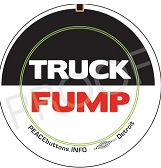