The Nature of the Beast Revealed: The Swing of That Truncheon Thing

Nothing Left To Lose 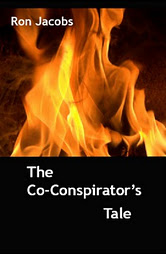 Back in the mid-1970s a lover and I hitchhiked from Maryland's D.C. suburbs to Orange County, California. We lasted a week in that Republican purgatory, then hitched up to Berkeley. Within a couple weeks, my friend and I were collecting unemployment, living in Oakland and familiarizing ourselves with the street scene along Berkeley's Telegraph Avenue and San Francisco's Haight Street. Although I had been quite involved with various anarchist and communist radicals in the DC area, I was primarily interested in participating in what remained of the counterculture by the time I moved to Berkeley. Politics had both worn me out and disillusioned me.
Yet, politics wouldn't leave me alone. I ran into former Black Panthers, White Panthers and leftover Weather Underground types while I did bong hits. One of my friends was a communist organizer who knew lots of radicals from all over the Bay Area. Soon, several other friends from the suburban tracts we had left behind had joined us. We got an apartment. My lover and I eventually went our own ways while remaining housemates.
A couple close friends of mine who were quite political asked me if I was interested in joining their cell. What, I asked, would this entail? I was told that I would have to share everything with them and be willing to undertake "armed" activities. We had several long and deep discussions. I seriously considered their offer, but declined for political and philosophical reasons. We remained good friends and they decided not to engage in so-called armed actions. I was relieved for a number of reasons.
The people I met and hung out with on Telegraph Ave. were some of the most colorful and free individuals I have ever known. Some paid for their freedom with their lives. Some traded it in for something else. Some lost it to the law. Nonetheless, they did have some freedom to lose. Maybe, because (let me refer to a rock tune) they had nothing else left to lose.
The Co-Conspirator's Tale is motivated partially by these experiences. It is something of a speculation about what might have happened if my friends and I had decided to create that cell and engage in bombings, etc. Simultaneously, it is a contemplation on the nature of a system where (as Mick Jagger sings) "every cop is a criminal," and a sanctioned one at that.
My previous novel Short Order Frame Up examines similar aspects of our society, although it is the racism of the system and the cops who work for it that are called into question. The corruption in The Co-Conspirator's Tale does not even have the tawdry principles of a racist pair of cops to dignify it. In fact, the only motivation is to protect and preserve a system built on lies and maintained by deceit and power.
Posted by jron at 10:57 AM No comments:

What happens next with the Occupy movement? Should every camp fight for its continued existence or should those unable to sustain a livable environment for the campers because of the authorities or lack of logistical support pack it up? We always figured on having to make these decisions sooner or later because of the winter weather that is bound to come. However, the recent deaths in and near the Occupy camps in Salt Lake City, Burlington, VT., and Oakland forces the folks in those areas to think about the next move. Other camps have reported rapes. This movement is bigger than the camps, but the camps have been crucial in expanding the movement by providing a place for supporters to gather, an actual piece of turf to defend and identify with, and, for those warriors that have no other place to live, a home.
Each of the camps mentioned above are different in terms of their demographic makeup, the local politics, the police forces arrayed against them and the level of community support. Oakland has seen the most aggressive police action, while Burlington has probably seen the least. However, as soon as I heard that a shot had been fired in the Burlington camp I knew that the local authorities would manipulate whatever happened into a way to close the camp. That is exactly what they did. After inviting occupiers to meet with the Mayor and other officials inside City Hall (which is adjacent to the Occupy site), the police quickly went into the encampment, threw up a yellow tape and threw folks out. A couple folks were arrested for resisting this attempt (one was released immediately and the other was released a few hours later), but the move had been made. Nobody has been allowed back into the Occupy site except for a few folks who were allowed to retrieve their belongings after the police searched them and the belongings. The city is now calling the camp unsafe and is on record as refusing any more camping. As I write a GA is gathering. The future is uncertain. Just as it is in Oakland where the police forces are considerably less friendly and the big business that runs Oakland tightens the screws on the Mayor and police to clear the camp. Meanwhile, in other cities up and down the West Coast, eviction notices have been served on at least three other camps, with the police itching for a fight in at least two of those towns. (November 14-Both Portland and Oakland were shut down with massive displays of police force that were met with mass resistance.  November 15 New York was cleared).
So, back to the question: what next? Are those camps that have been placed in limbo the most important aspect of the movement? Should we go down swinging to protect them? For those that found the camps to be a safe place to live where they were making a difference, they may well be. At the same time, will the extra police surveillance and harassment certain to accompany any further camping at these sites turn them into places where the presence of (or fear of the presence of) police make political organizing difficult or impossible? I myself would find it hard to discuss the squatting of a foreclosed building with cops in and out of uniform within hearing distance.
Although I am not as big of a fan of Gandhi as many people in the movement, the history of the movement to chase the British out of India that he is identified with is instructive. In terms of the current discussion, the most relevant fact is that he and his fellow organizers were able to recognize when a tactic they were using had failed or at least run its course. When they acknowledged this (with much discussion no doubt) they moved on to another. The same could also be said of Martin Luther King, Jr., the Student Nonviolent Coordinating Committee, and others involved in the movement for black liberation. Both movements never strayed from their goal, but both were quite keen at recognizing what should be the next set of tactics. If I were to express the goal of the Occupy movement, it would be this: redistribute the wealth hoarded by the wealthy few fairly. This simple statement has created space for those who want to effect this change from all walks of life except perhaps from that so-called 1%.
Some camps may (and should) remain the thriving alternative spaces they have become. At the same time, we must ask ourselves what the next set of tactics should be. Getting arrested for defending a piece of land that the cops will take back by any means necessary has to be weighed against the potential of the multitude of possibilities that exist for this movement. At the same time, should an Occupy camp choose to defend its turf, then the rest of the movement must do what it can to support that decision.
Posted by jron at 3:15 PM No comments:

Occupy and the Homeless: Tragedy in Vermont