Kidnapping Kids: As American as the Fourth of July

Cops and a Coverup

The Israeli Defense Force is a Misnomer

Podcast Conversation on It's the Empire, Stupid

Fighting for Our Future, Fighting Back Against Austerity

Due to a request from some folks, I went ahead and self-published my PDF collection of essays on Trumpism.  Slightly retitled to Truck Fump: Trumpism: A Fascist Chronicle, it is currently available at Amazon, with other places coming soon.  I priced it as low as I could.  If you click on the title, you can check it out.
Thanks,
Ron J
Posted by jron at 10:38 AM No comments:

Email ThisBlogThis!Share to TwitterShare to FacebookShare to Pinterest
Labels: Counterpunch

Generals Are Not the People's Friend

In Defense of Antifa

The Second Longest War in the United States

The Odyssey of Elias Demetracopoulos

It's Still Too Early to Re-open

Running Wild in the Streets? Mayday 1971

The Sixties in the City of the Fallen Angels

Women of Their Revolution

In 1972 I bought John Prine's first album at the Post Exchange in Frankfurt am Main, Germany. I played the album over and over again. I played three of the songs even more than the rest--Illegal Smile, Sam Stone, and Your Flag Decal Won’t Get You into Heaven Anymore.  Those three reflected my particular take on the world at the time.  Sardonic humor, hatred of the US war machine and a determination not to end up like Sam Stone with a hole in my arm where all the money goes because I had to fight and kill in Vietnam. I graduated from high school the following year and went off to college.  I remember playing Bette Midler’s version of Prine’s “Hello in There” for a guy in my dorm.  At first he made fun of it and then he borrowed the record.  The song about lonely old people reminded him of his grandparents, he said.  I recorded the Prine record for that city boy from the Bronx and he thanked me profusely.
In 1974 I was living in Maryland at my parents and working as a short order cook in the town they lived in.  John Prine was one of the musicians playing at a folk festival in Wolf Trap, VA.  Some friends of mine from high school asked me if I wanted to go.  They had a car.  I didn’t drive.  The three of us went to the festival along with the younger sister of one of them and her friend.  We also had a case of beer and I had some weed.  The main concerts didn’t begin until early evening, but the rest of the day was filled up with workshops put on by some of the artists playing at the festival.  John Prine was one of them.  Both of my friends were pretty good guitarists and we all like John Prine’s music, even though he only had the one album out then.  So we took our beer and headed to his workshop.  We were the only people there at the beginning.   My friends took out their guitars and started playing with John.  A song or two later, we all cracked a can of beer and began drinking.  It turned into quite a workshop.  Prine was friendly, easygoing and thirsty.
As the years went by, Prine recorded numerous albums and I bought most of them. I saw him play at the Philly Folk Fest, a club in DC, and at a couple other festivals in the 1970s and 1980s.  Two of his biggest fans must include one of my younger brothers and a former brother-in-law.  His songs can be haunting, humorous, harrowing and happy—sometimes all at once. I hate to see him go.
Posted by jron at 9:45 AM 1 comment:

My Novels and More: FREE E-BOOKS From Fomite Press 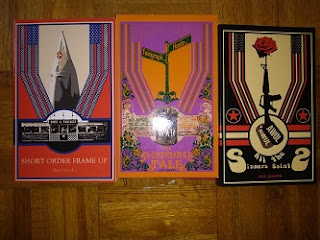 Six feet should do it.

Now’s the time for reading.

FOMITE OFFERS ALL ITS E-BOOKS FREE Click here to browse our Smashwords library.
The book will be delivered to your Smashwords account library. Click on “e-book delivery”, and choose your format.

Marching with the Maoists

Checking in From Bernie World

The Lies of Industry and the Liars Who Sell Them

I Want to Be a Paperback Writer

The Swamp That Trump Built

A Cesspool of Constitutional Nonsense-Impeachment in the Senate

Fracking and the Metaphysics of Indian-Hating

Just Get the Hell Out 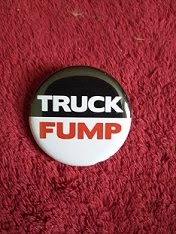